Episcopal Community Services traces its origin back to 1894 and the Mission of the Good Samaritan, later named Canon Kip Community House, a small relief center on Second Street. For nearly a century, this mission offered services to the most vulnerable in our community. In 1983, the Episcopal Sanctuary was formed in response to a growing number of people sleeping on the streets of San Francisco. Six years later, Canon Kip and the Sanctuary merged to form Episcopal Community Services as we know it today. Since its inception, ECS has led the way with innovative responses to addressing homelessness that honor the innate dignity and worth of all people. Today ECS has become San Francisco’s largest provider of housing and homeless services, with a continuum of care that includes housing, interim housing, crisis intervention services, education and vocational training, and two of the City’s homeless Navigation Centers.

THE MISSION OF THE GOOD SAMARITAN

ECS traces its origin to the Mission of the Good Samaritan, the first community welfare undertaking of the Episcopal Diocese of California. Under the leadership of the Reverend William Kip III, the center offered services for San Francisco’s most vulnerable residents and a boys’ night school “to counter the life of a homeless boy living on a dollar and a half a week." When Rev. Kip died in 1902, the center was renamed Canon Kip Memorial Mission in his memory.

DESTROYED BY FIRE AND EARTHQUAKE

The Canon Kip Memorial Mission was the first diocesan entity to reopen after the 1906 earthquake and fire. Its work was divided. The clinic and day nursery remained at Second Street, while the boys’ school and immigrant services became the Mission of the Good Samaritan at 25th Street and Potrero Avenue. 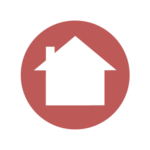 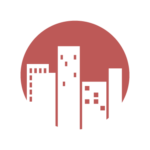 The Canon Kip Mission, now called the Canon Kip Community House, moved to a new site at 8th and Natoma. Under the leadership of the Rev. Henry Ohlhoff, it expanded its clinic, nursery, and food and clothing distribution, eventually adding youth recreation and senior services.

Canon Kip Community House extended its services to the elderly residents of SOMA in addition to maintaining high-quality youth programs.

A SHELTER IS STARTED...

In response to the growing number of people sleeping on the streets of San Francisco, Grace Cathedral began sheltering 40 adults nightly in the cathedral basement, with the support of volunteers from other Episcopal parishes. The shelter became known as the Episcopal Sanctuary and moved to Canon Kip Community House.

The Episcopal Sanctuary expanded and moved to its present location at 8th and Howard, where it continues to provide interim housing for 200 homeless adults every day and night.

The Canon Kip Community House and the Episcopal Sanctuary merged to form Episcopal Community Services of San Francisco. After the Loma Prieta earthquake, ECS doubled its number of shelter beds by opening MSC-North (now called Next Door Shelter) and by partnering with the San Francisco Interfaith Council to create the Interfaith Winter Shelter.

ECS partnered with the City of San Francisco to provide housing and services for formerly homeless adults at three SRO hotel properties in SOMA and the Tenderloin.

THE NAVIGATION CENTER IS LAUNCHED

In March 2015, ECS launched the first Navigation Center in the US and in November, took over the Henry Hotel, ECS's eleventh supportive housing site.

In December 2018, ECS opens an 84 bed navigation center in the South of Market neighborhood with 20 beds designated for women

Learn more about Episcopal Community Services’ role in the Interfaith Winter Shelter in our blog post.